King’s Athletics and London City AC will co-host a new relay competition in London next summer.

The competition, called ‘London Relays’, will see athletes compete across a variety of different relay events in a one-day championship on June 10.

Although the exact format of the relays have yet to be announced, it is understood the event takes inspiration from Usain Bolt’s Nitro Games and will therefore seek to offer a thrilling programme of different relay events.

The one day championship event will include a mixture of sprint, distance, mixed and medley relays in different age categories. 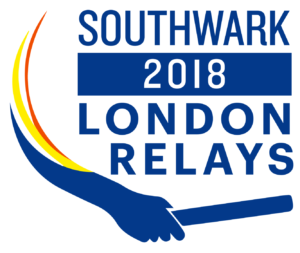 Event organiser, James Findon said, “The choice to create a relay event seemed obvious to us. At King’s, two of our students, Dina Asher-Smith and Laviai Nielsen are world championship silver medalists in their respective relays. Our sprints coach, Conrad Williams is also a European relay gold medalist and world silver medalist.”

Conrad Williams, who coaches the sprints at Southwark said: “This is the first event in this format and bringing the community and local people together also with international athletes. I’m so proud to to be part of this great event and looking forward to having a great day.”

A grassroots powered celebration of teamwork, community and sport

The London Relay’s website describes the event as a  ‘grassroots powered celebration of teamwork, community and sport’. A range of sprint, distance and medley relays will be included to cater for junior and seniors.

The event had originally been planned for summer 2017 to coincide with IAAF World Championships, but delays in the preparation of the track meant the event was pushed back.

London Relays has also partnered with local businesses to bring a ‘festival’ style feel to the event. Live music and stalls will entertain spectators and showcase local businesses, charities and community organisations.

Plans are also underway for a special ‘services’ relay – pitting athletes from the Army, Navy, Police and Airforce against each other.

A fantastic event that the whole community can get involved in

Harry Browning, President of King’s Athletics said, “King’s athletics is looking forward to working alongside our local partners to create a fantastic event that the whole community can get involved in.”

King’s and London City AC are co-residents of Southwark Park Athletics Centre, which re-opened to the public last September. The track had been out of action since 2009 due to its poor condition but received a refurbishment grant in 2014. The £1.1m project received contributions from Southwark’s Olympic Capital Legacy Fund, the London Marathon Charitable Trust, Sport England’s Inspired Facilities Fund, and the Mayor of London’s Facility fund.

Nothing beats a home champs 🇬🇧

Event organisers hope that London Relays will raise the profile of the track as a regional hub of athletics excellence in South London.

“London Relays will play a pivotal role in establishing Southwark as a hub of athletics activity and community engagement across all age groups in society.” Said Browning.

Established in 2013, London City AC moved to Southwark Park Athletics Centre 2016. It is now the only club with both a junior and senior section training on a track in the Borough of Southwark.

Club Chairman, Andy Melrose said “ Everyone at London City AC is really looking forward to this fantastic event, working again with our fantastic partners at King’s. Since moving into our new home in 2016 we’ve seen participation increase massively in both our Junior and Senior membership. We’re hoping this event will be a massive showcase that will build upon the recent success of our first ever junior competition held at Southwark Athletics Centre to continue building the foundations for a future for athletics for participants of all ages and abilities within the area.”

For more information about London Relays see the website here and RSVP to the facebook event here.

Top GB sprints coach, Lloyd Cowan (MBE) has joined King’s Athletics as head sprints coach. Cowan’s move to King’s Athletics also marks his move back to the refurbished Southwark Park Athletics Centre, where he worked for many years before the track fell into disrepair. The track was officially launched this week by leader of Southwark Council, Peter John. On their marks for the official Southwark Park Athletics Track launch https://t.co/i3bnbbs45s pic.twitter.com/IDKHPjZkot — Southwark Council (@lb_southwark) November 16, 2016   The flood-lit, six-lane track forms part of Phase One of plans […]

The Beer Mile World Classic (BMWC), held by co-founders Katie Williams and Nick Mcfalls, is being held in the UK this year at Allianz Park, Saracens Stadium, 10am – 6pm on the 31st of July. The event gathers Beer Mile runners from Europe, USA, Australia, and Canada to celebrate a passion for athletics and good old-fashioned craft brew (basically the race is an excuse to get smashed and run like the wind). The BMWC is split into four laps, with runners having to consume 1 beer (355ml at 5%ABV) per […]

David Weir and Jo Pavey drop in on King’s Athletics

Six time Olympic gold medalist David Weird and European 10,000 Champion, Jo Pavey visited Southwark Park Athletics Centre today. With two days to go until the London Marathon, the pair were greeted by athletes from King’s College London, London City AC and Southwark’s Mini-Marathon team. Weir and Pavey were quizzed by athletes on a range of topics from diet to training techniques. Weir will be going for a seventh London Marathon gold on Sunday. Five-time Olympian Jo Pavey told athletes her desire is to qualify for World Championships.   Pavey […]