With two days to go until the London Marathon, the pair were greeted by athletes from King’s College London, London City AC and Southwark’s Mini-Marathon team.

Weir and Pavey were quizzed by athletes on a range of topics from diet to training techniques. 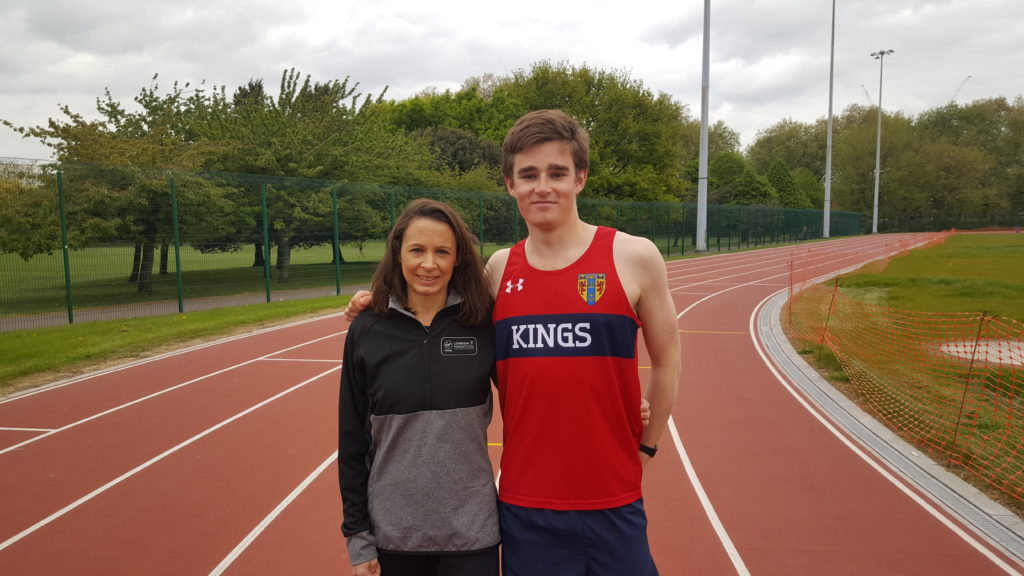 Weir will be going for a seventh London Marathon gold on Sunday.

Pavey is returning to marathon running for the first time in six years and will secure her place in team GB if she finishes as a top-two Brit and runs the qualifying time of two hours and 36 minuets.

Post Views: 6,009
Want to join the LUCA News team? Click here to find out more.
About James Findon 159 Articles
James is the founder of LUCA.
Website

King’s Athletics and London City AC will co-host a new relay competition in London next summer. The competition, called ‘London Relays’, will see athletes compete across a variety of different relay events in a one-day championship on June 10. Although the exact format of the relays have yet to be announced, it is understood the event takes inspiration from Usain Bolt’s Nitro Games and will therefore seek to offer a thrilling programme of different relay events. The one day championship event will include a mixture of sprint, distance, mixed and medley relays in different […]

Top GB sprints coach, Lloyd Cowan (MBE) has joined King’s Athletics as head sprints coach. Cowan’s move to King’s Athletics also marks his move back to the refurbished Southwark Park Athletics Centre, where he worked for many years before the track fell into disrepair. The track was officially launched this week by leader of Southwark Council, Peter John. On their marks for the official Southwark Park Athletics Track launch https://t.co/i3bnbbs45s pic.twitter.com/IDKHPjZkot — Southwark Council (@lb_southwark) November 16, 2016   The flood-lit, six-lane track forms part of Phase One of plans […]