Conditions were cool and dry but the course was wet from heavy rain overnight. Thick mud, hills and jumps provided technical challenges to the 1991 athletes across three races.

Murray was in a fierce battle with the South of England champion, Emily Hosker-Thornhill and the 2014 under-20 European XC championships silver medalist, Jessica Judd during the first half of the race before opening a 10 metre gap.

The Brunel University athlete eventually took the title by around 50 metres from Hosker-Thornhill who finished second and Judd who finished third.

Talking to Athletics Weekly, Murray said: “It was really nice to win on my fourth year competing at BUCS. It was especially nice after finishing second last year behind Pippa Woolven.

“It would be great to defend my title next year on my final year in university.”

Loughborough took the team gold with St Mary’s in 6th and the University of London in 7th.

In the men’s race, St Mary’s Paulos Sufrafe and Ellis Cross of St Mary’s had to settle for the spoils as Southampton’s Alex Teuten won Gold by an 8-second margin. 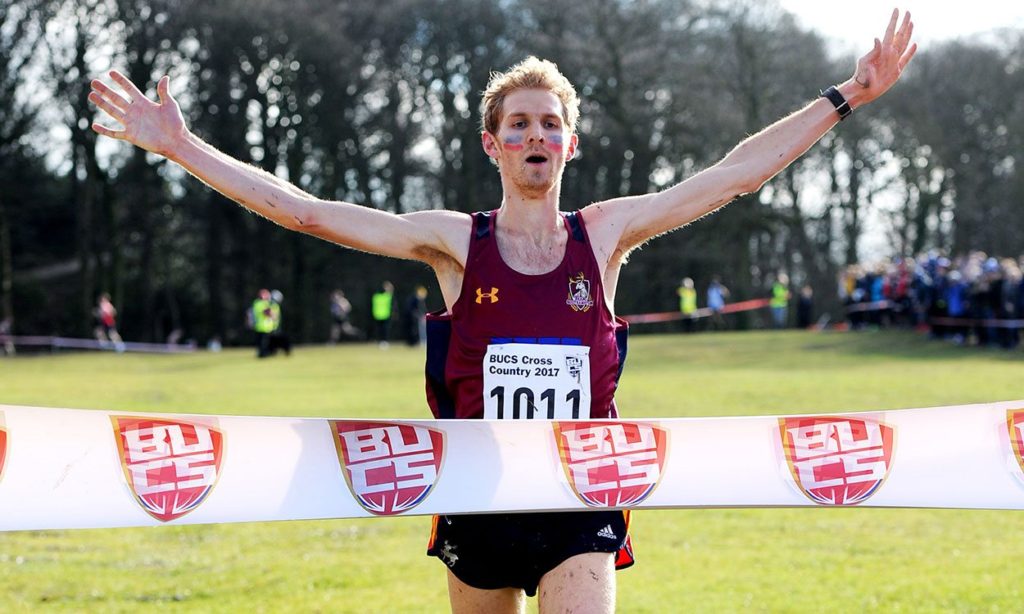 Speaking to Athletics Weekly, Teuten said “A win at BUCS is something that has been on my bucket list in terms of achievements. This was one of the better courses that I have competed on in six years of trying to win this title.”

Cross and Sufrafe did enough to clinch team Gold for St Mary’s with the help of Petros Sufrafe and Jack Rowe.

Post Views: 2,021
Want to join the LUCA News team? Click here to find out more.
About James Findon 161 Articles
James is the founder of LUCA.
Website

Hundreds of athletes journeyed to Sheffield on the 11-12 February 2017 with the hopes of being crowned British Champion and securing a place on the British team for the European Indoor Championships. In the preceding week, as athletes were confirming their attendance, questions were being asked: Would defending champion, Andrew Pozzi, current world lead, reclaim his men’s 60m hurdles title? With the absence of Dina Asher-Smith, how would Asha Philip fair in the women’s 60m? Is Katrina Johnson-Thompson the new Jessica Ennis and Britain’s heptathlon superstar? Carry on reading to […]

Changes to the Cross-Country League

The LUCA Cross-Country League will trial a new results system this season. Previously known as the London Colleges League (LCL), the LUCA Cross-Country League will trial a ‘parkrun’ style results system in the 2017-18 season. This will require all athletes to register on the LUCA website before racing. Athletes only need to register once throughout their time at university. Upon registering, athletes will receive a unique five-character ID number starting with their initials. A list of all club athletes ID numbers can be found on the directory page of the respective […]

Venues confirmed for the 2017 Outdoor Series

St Mary’s and Newham will host the first and second outdoor meets of the 2017 outdoor series for the first time. The dates and venues were confirmed at a meeting of club captains last night. Captains gathered at Student Central to vote on proposals at the 5th meeting of the LUCA Council of Members. The council also voted to create a new the University of London Outdoor Championship, which will be nested within the final Outdoor Series meet at the Millennium Arena, Battersea. Battersea has hosted the final since the […]