The 2016 LUCA awards ceremony took place on the evening of 29th May, allowing athletes to recover from the finale of LCAS at Battersea the previous day. In the setting of Imperial College Union, athletes turned out in force to celebrate the achievements and hard word of the numerous athletes, volunteers and teams that have contributed to LUCA over the year. The evening also included a touching tribute to former LCL secretary, Mike Baggs, a vital member in the organisation of the LCL races who will be missed by many.

Victor Mound and Kirsty Wheeler were hosts of the evening, providing recaps of the year’s highlights alongside ensuring that all nominees and winners received the acknowledgement and applause they deserved.

A major focus was on recognising the talents of individual athletes. Catriona Rennison of UCL beat off strong competition in the ‘Most Improved’ women’s category due to her rapid improvement in running throughout the year, whilst Charlie Haywood, also UCL, took the prize in the men’s section after his incredible recovery from surgery last Summer. Meanwhile, Filipa McQueen of Essex was the winner of ‘Female Athlete of the Year’ for her notable sprinting performances, and Dmitriy Solomonov, also of Essex, won in the men’s category for his strong performances across a number of disciplines. 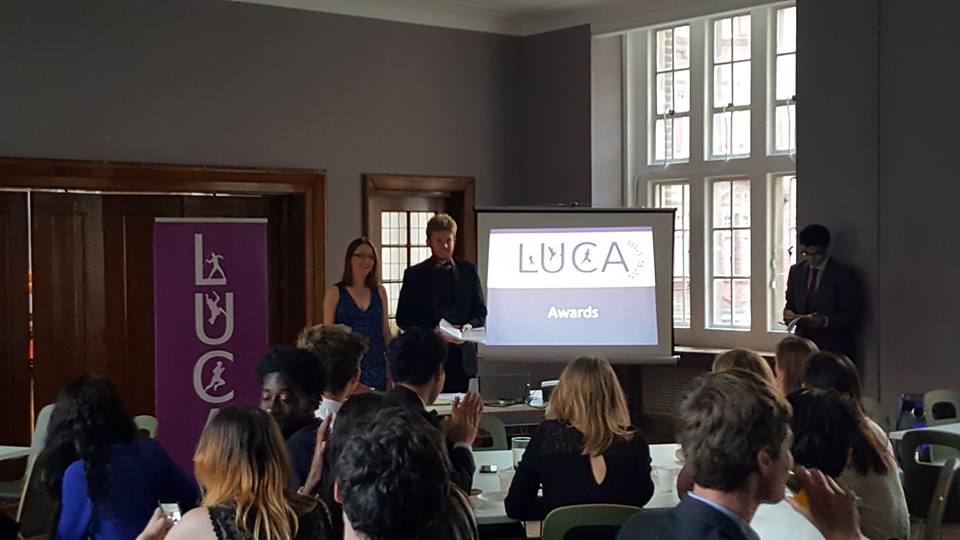 Awards were also given to individuals that helped to better their club. Calvi Thompson won ‘President of the Year’ for setting up new partnerships and increasing inclusiveness of the club. ‘Coach of the Year’, meanwhile, went to Jacob Hood of UEL in recognition of his ability to, as one nominator put it, “re-find my love of the sport”.

For her hard work on the ‘This Girl Can’ runs, Sarah Murphy of UCL received an award for ‘Widening Participation’, whilst Victoria Addison of King’s came away with an award for ‘Volunteer of the Year’, and Jason Eghan of Essex received the ‘Contribution to the Club’ award.

In terms of club recognition, Essex came away with both ‘Best Club Partnership’ and ‘Club of the Year’. Through their partnership with Colchester & Tendring AC, Essex have made an outstanding effort to increase the number of students involved in athletics. This is reflected by the fact that this year the club have had over 90 competing members, recording more than 100 PBs and breaking 26 club records.

The evening was closed with President’s review from James Findon who recapped the highlights of the year and spoke of the immense leaps that LUCA has made in encouraging more athletes to compete through the hard work of many supporters.