12-year old Brianna Lyston has been compared to legendary sprinter Usain Bolt by winning the 100m and 200m in the 2017 Boys and Girls Championships.

Lyston also set a new under-13s record in the 200m making her the first child in her age group to run a sub-24 time.

Lyston is already ahead of the developmental curve set by Bolt, but clearly has some distance to cover to reach his status.

The young Jamaican first came to national prominence at the age of 10 when she ran 42.41 in the 300m at the Caribbean Union Teachers Championships in Trinidad and Tobago – over a second faster than the winning time in the boys’ race. 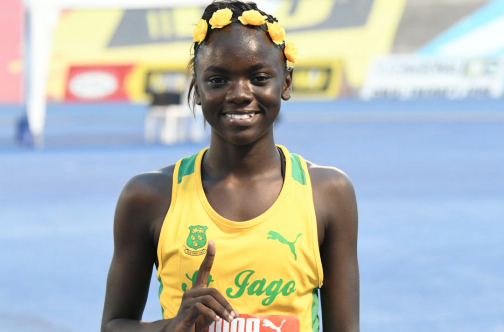 Post Views: 1,966
Want to join the LUCA News team? Click here to find out more.
About James Findon 159 Articles
James is the founder of LUCA.
Website