President of Motspur AC, Glenn Barden reveals that he was close to quitting university in 2008, but running Parliament Hill in the LCL Cross-Country league made him decide to stay.

The former KCL Running president was a keen runner during school, but switched to other sports at age 14.

“I fell out of love a bit [with running] and ended up playing football and tennis for the next 4 years”.

But he found his passion for running again at university.

“After my first cross country run with Des [distance trainer at King’s] at Parliament Hill, I was hooked.” 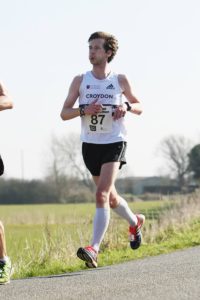 That run at Parliament Hill was important not just for renewing Barden’s love for running, but also for keeping him at University.

“That was the day, after a tough first year at uni, that I decided to stick it out and stay on the degree I was on – and I haven’t looked back.”

At this time, KCL Running had just 10 members and was, in his words, a ‘starter club’.

“I was fortunate enough to be made President in my final year and became increasingly involved as the year went on.”

In his time as president, Barden rebranded the club as ‘King’s Athletics and Cross-Country Club’ and lead it to record membership.

Speaking about how things have changed over the last 10 years, Barden said, “Just the sheer number of people involved now, both inside and outside universities, is astonishing, and the professionalism now of the LUCA competitions is something we would’ve only dreamt of 10 years ago. Conversely, seeing the LCL series going from strength to strength is also a major positive”.

As current President of Motspur, Barden is leading the recruitment drive to get soon-to-be graduates signed up to the club, and he’s optimistic about the club’s future.

Away from leading Motspur, Barden trains regularly with Croydon.

“A standard week is 2 easy runs, 2 track sessions, a ‘race’ and a long run. Nothing too extreme and certainly not one of these big mileage people I see on Strava! ”

When asked what advice he has for student athletes about to graduate, he said:

“Make the most of it! I miss the days of being able to pick when to run, rather than it either having to be pre-8AM or post-8PM! Make the most of the sunny afternoons, as if you spend the first five years of your career in a windowless lab like me, you won’t be seeing it much when you’re working 100+ hours a week!”

“And join Motspur of course!”

Post Views: 1,469
Want to join the LUCA News team? Click here to find out more.
About James Findon 159 Articles
James is the founder of LUCA.
Website