At LCAS, we thought long and hard about the name of the series and our logo. We wanted a logo that reflected the values of the new league and respected the history of its origins.

LCAS is the track and field equivalent of the XC London Colleges League (LCL) that runs between October and February. Whilst the word ‘colleges’ in the name of the series may cause some initial confusion, it is a reference to the LCL that initially included the constituent colleges of the federal University of London. The LCL now includes all universities in and around London – and so will LCAS. In fact, we have invited all 23 major universities in London plus the specialist H.E institutions such as London Business School and London School of Law.

But we want LCAS – and our logo – to unite all universities in London. This is why we included a wreath – the great symbol of peace and unity. It’s made up of 23 pairs of leaves, one pair for each university. You will notice that each pair of leaves are a different colour. Each pair is made up of the school colours of each of the 23 major universities in London. Use the image below to locate the leaves of your university. 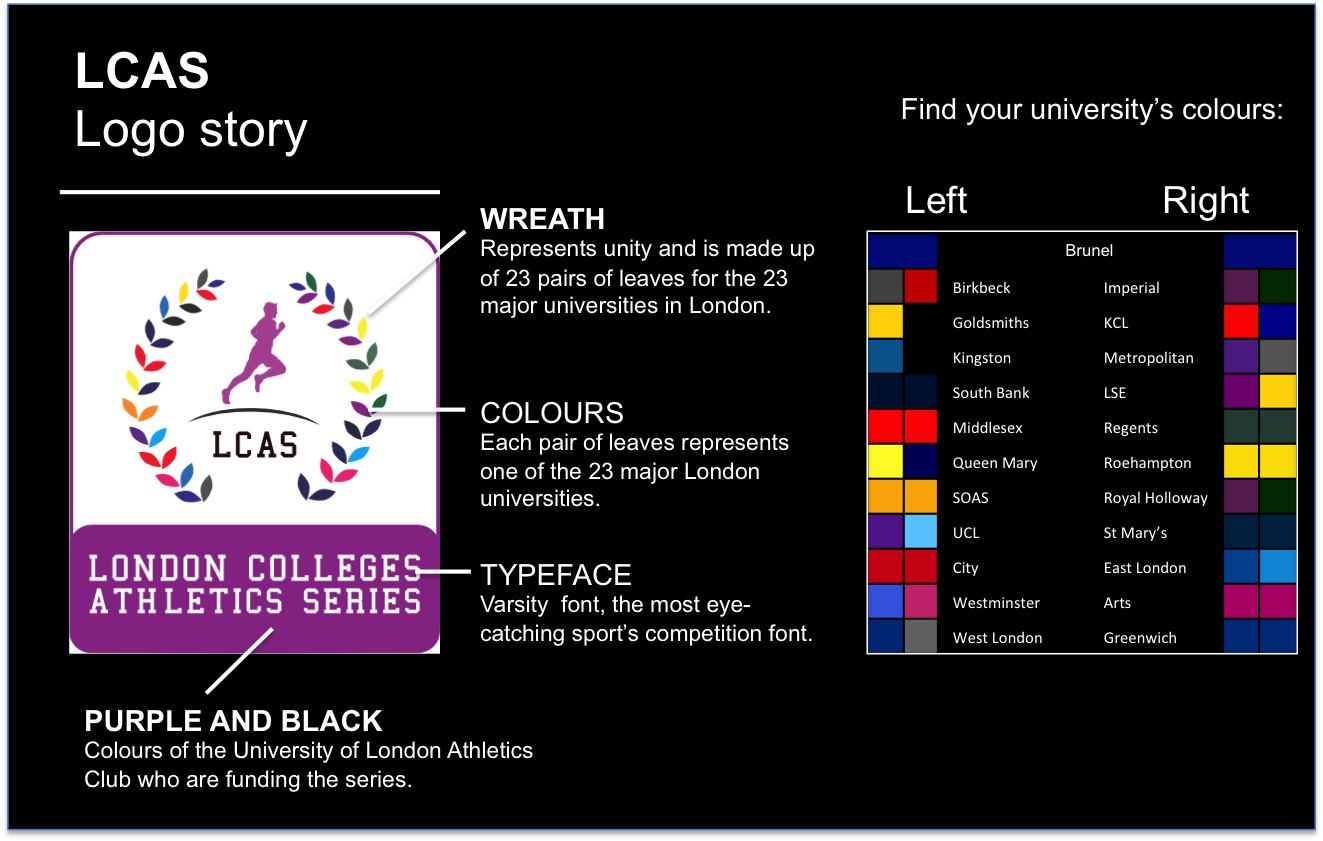 Post Views: 1,773
Want to join the LUCA News team? Click here to find out more.
About James Findon 161 Articles
James is the founder of LUCA.
Website