Fresh from winning LCAS 2016, UCL RAX members celebrated by jetting off for their inaugural warm weather training trip still dripping in champagne, and accompanied by alumni and friends. There is no better place to recuperate after a challenging LUCA year and exam season than the sunny beaches of the Valencian region in Spain. The group stayed in a villa set at the foot of the Albir mountains and overlooking the sun-ripened Mediterranean, which was fully equipped with a pool, jacuzzi, fabulous views, booze and banter. 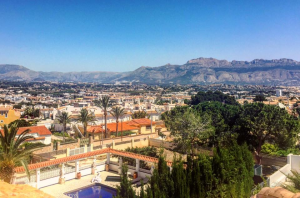 Away from the sangria and tapas, RAX managed to produce some high quality training. The endless hills and 30 degree heat made even the easiest of recovery runs quite a test. Everybody awoke on the first morning excited for the day ahead, and gathered at 8:30am ready for the first training session of the tour. There was a variety of sprinters and long distance runners with a range of abilities, so the training sessions were split into three small groups: a faster distance group, a more social distance group, and a sprints group. The distance squads jogged down to the beach and racked up a few gentle miles along the coastal roads, whilst the sprinters had a chilled 20 minute jog exploring the nearby hills, followed by an explosive plyometric session. It immediately became apparent to all that running under the heat of the Mediterranean sun was a challenge compared to the moderate climate of London. All groups arrived back at the villa, drenched in sweat with crisp tan lines emerging, ready for a refreshing dip in the pool. This set the team up perfectly for the week of challenging sessions ahead. 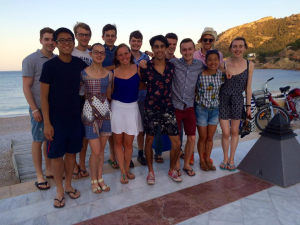 Away from training, RAX had a fantastic time relaxing by the pool and on the beach; basking in the sunshine and topping up the tans, whilst playing those games that never get old – volleyball, catch, throwing people’s towels into the pool etc. The group also went on many afternoon trips; venturing along picturesque cliff paths to what felt like the end of the world, exploring the summit of the Altean hills, and travelling to the old town of Altea. The town itself was spectacular and the views after climbing a long hill to the church were well worth a visit, not to mention the delicious tapas and blue wine!

RAX’s hidden talents in the kitchen were discovered on the Mexican themed night as well as the classic British BBQ which, of course, led to the classic British house (villa) party on the penultimate night. There were numerous casualties in intense games of Beer Pong, whilst others were burnt by the Ring of Fire. Despite the copious number of drinks consumed, the squad awoke at 5 am (some having not been to bed) for a light jog along to the nearby lighthouse to watch the magnificent sun rise up through the low clouds. 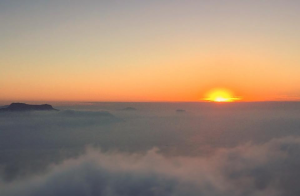 Overall, RAX had a fantastic week away. Friendships were strengthened, team morale has never been higher, and everybody has come back fitter, faster and more determined to smash the rest of their summer seasons.