If you take a look at the news at the moment you could be forgiven for thinking that you’re watching repeats or recordings of unwelcome news. Famines and earthquakes, riots and strikes and politicians fill the airwaves with dreary tidings. There are several ways you can respond to such as stimuli; you could: a) stop watching the news and watch children’s cartoons instead, or b) do something about it.

After experiencing first hand the effects of rhino poaching after conducting a post mortem on a deceased rhino, I, as part of a group from the RVC and Purdue University, helped collect data from the dwindling rhino population in the safari park adjacent to the research station where we were based. Last year the vets surveyed 60 rhino, mostly white, and this year they were hoping there would be at least 40 to census. Instead, only 18 could be found, or 19 if you include the hornless body that was found by rangers several days after the poachers had slipped out of the park. 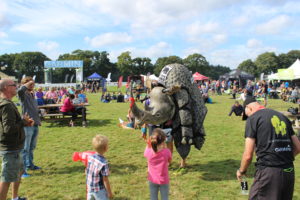 In 2007, 13 rhino were poached in South Africa but that number exploded to 1,215 in 2014 and with the official figures for 2017 now sitting around 1,028 the situation isn’t getting much better. The effects of this go beyond the loss of a beautiful animal, as the national parks become more militarised and dangerous for those who live around the parks. Electrified fences two and half metres high surround the parks, partly to keep animals in but also to hinder poachers, and give the impression of a national border restricting access to land that locals have used for generations. Those who live just outside the park see little benefit from the tourism that funds the fencing, but feel the effects when police conduct raids on houses searching for signs of poaching. Around the Kruger National Park, foot and mouth in the buffalo also means local cattle cannot be exported and rarely sell for their true value so it’s important to realise that the poaching problem goes beyond just the rhino.

This is why I decided to run the New Forest marathon dressed as a rhino for Save the Rhinos. The charity is working in countries across the world (with many endangered species of rhino also found in Asia) to protect rhinos through a variety of means. Any support would be generously received: https://uk.virginmoneygiving.com/seththerhino

Post Views: 1,453
Want to join the LUCA News team? Click here to find out more.
About Seth Kennard 8 Articles
Runner, cyclist, climber, vet student and winner of second best pizza in year 8 cookery competition. I run any distance from 1500m (not very well) to 160km (with only slightly more success). Only truly happy in the mountains, and only then if I'm at the very top.