Two weeks only after Mitcham Common’s sunny race, the sturdy athletes took out their spikes again to compete in this term’s final LUCA Cross-Country League race, the much anticipated Wimbledon Common one.

After the first two races, Saint Mary’s Men were dominating the leaderboard with their A team in first position with an outstanding 1958 points, followed by UCL’s A team with 1876 and Saint Mary’s B team closing up the podium with 1810. On the women’s side, Imperial had taken the lead with 1154 points during the last race, so were looking to consolidate this result in a hope of winning the Women’s league again, having won it last year for the first time. In second position there was UCL’s A team with 1125 points and in third place Reading’s A team with 1021 points.

On the individual standings: for the men’s podium, Saint Mary’s Thomas Butler took the lead with 396 points, followed by King’s Henry Cochrane only 4 points behind and UCL’s Jeremy Hunt only a single point behind the King’s athlete so Wimbledon Common would be a chance to see an athlete take the advantage and break out of the pack. The women’s podium was equally thrilling as Imperial took gold and silver in Mitcham Common so far with Georgia Curry in 1st place with 298 and Katie Olding only 2 points behind her. Meanwhile, UCL’s Lucy Bather was keeping her eyes on the prize as she was sitting in 3rd place only 6 points behind the Imperial duo.

With laps being longer than the average at 4.7km, the women’s race consisted in one lap while the men had to go around the course twice. As the hour grew near, the teams gathered by the Windmill tea rooms to prepare for the start of the race. As per usual, the race began with a stampede as 216 runners stormed off at 3:15 in the afternoon and made their way to the woods. 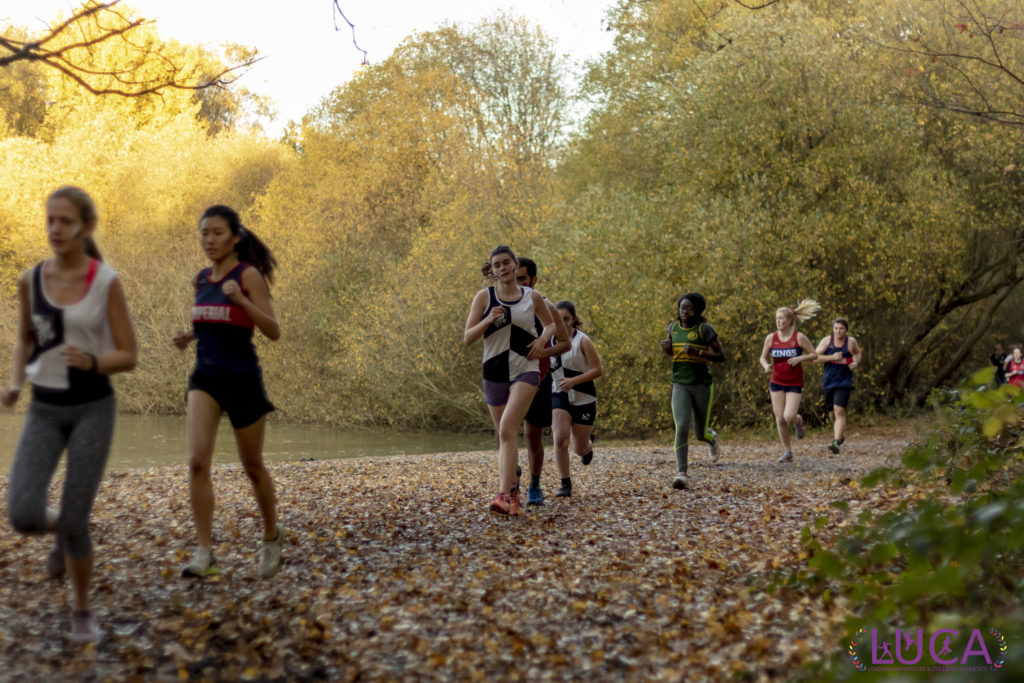 Very quickly the runners started to reach the finish line as aftert 18:16, Imperial’s Katie Olding came in first in the women’s race, followed very closely by Saint Mary’s Jessica Leane who came in 18:21 and broke an Imperial trio as ICL’s Alex Mundell and Georgia Curry came in third and fourth place in 18:25 and 18:39 respectively, while Saint Mary’s women taking fifth and sixth as well with Sophie Markwick and Megan Newton. Overall Imperial’s A team came in first with 587 points and building their lead on the leaderboard with 1741 points in total, while Saint Mary’s A team came in second with 581 points, King’s A team in third with 537 points and UCL’s A team in fourth with 525 points, keeping their second place on the leaderboard with 1650 points in total.

For the men’s race, Saint Mary’s athletes dominated the field as Daniel Jarvis brought their A team home by coming in first position in 30:27, followed by Ellis Cross in 30:54 in second position, Thomas Butler in 31:16 in fourth position, Lloyd Kempson in 31:41 in sixth position and Corey De’Ath in in 32:10 in seventh position, and with most of their B team placing in the top 15 as well. Meanwhile, Imperial runners Daniel Mulryan and Niki Faulkner broke the Saint Mary’s perfect finish as they placed third and fifth respectively in 31:15 and 31:21. While overall Saint Mary’s A team increased their lead over all the teams, their B team came in second at Wimbledon Common and placed themselves at UCL’s heels as they are still third on the overall leaderboard but only by 8 points. Meanwhile, Imperial and Reading remain in fourth and fifth place respectively on the leaderboard. 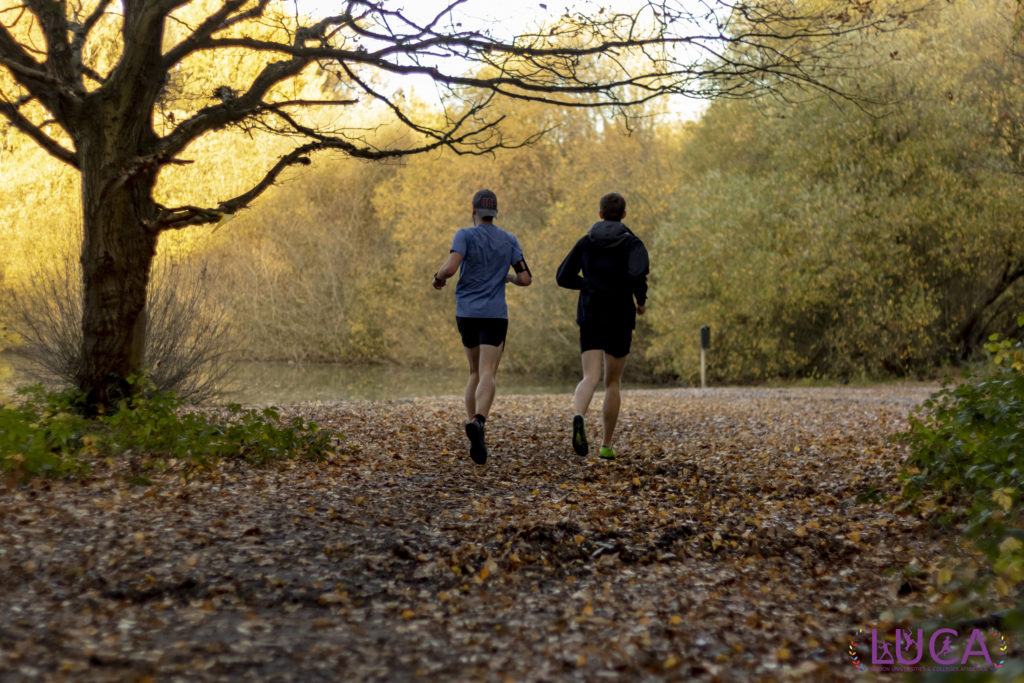 On the individual standings, the men’s podium remained in the same order, however Thomas Butler increased his lead on Henry Cochrane from 4 to 14 points, reaching a crazy 593 points, while Jeremy Hunt stays very close to the King’s athlete as with 576 points, he is only 3 points away from silver! The women’s podium saw a reshuffling as Katie Olding took over Georgia Curry, inverting the order of the Imperial duo on top of the leaderboard with 446 and 445 points respectively, while St George’s Sophia Chastell went up to third with 425 points.

After the race, the teams went to the Rose and Crown in Wimbledon for awards and post-race celebrations. The University of London Cross-Country Championships 2018 were awarded for the best student teams part of UoL. For the men’s teams, UCL won with 18 points, followed by King’s with 38 points and Barts with 49 points. For the women’s teams, King’s won with 17 points, followed closely by UCL with 18 points and Barts with 31 points. The Bannister Cup was awarded during this race for the United Hospitals Cross-Country Championships 2018 for the best medics student teams. Imperial won the trophy with 22 points, followed by Barts with 28 points and St George’s in third place with 35 points.

In the Mike Baggs Trophy Leaderboard which rewards the highest-scoring teams at each race for both genders, Imperial is currently in the lead with 41 points, followed very closely by Saint Mary’s with 39 points and UCL with 38 points closing the podium. 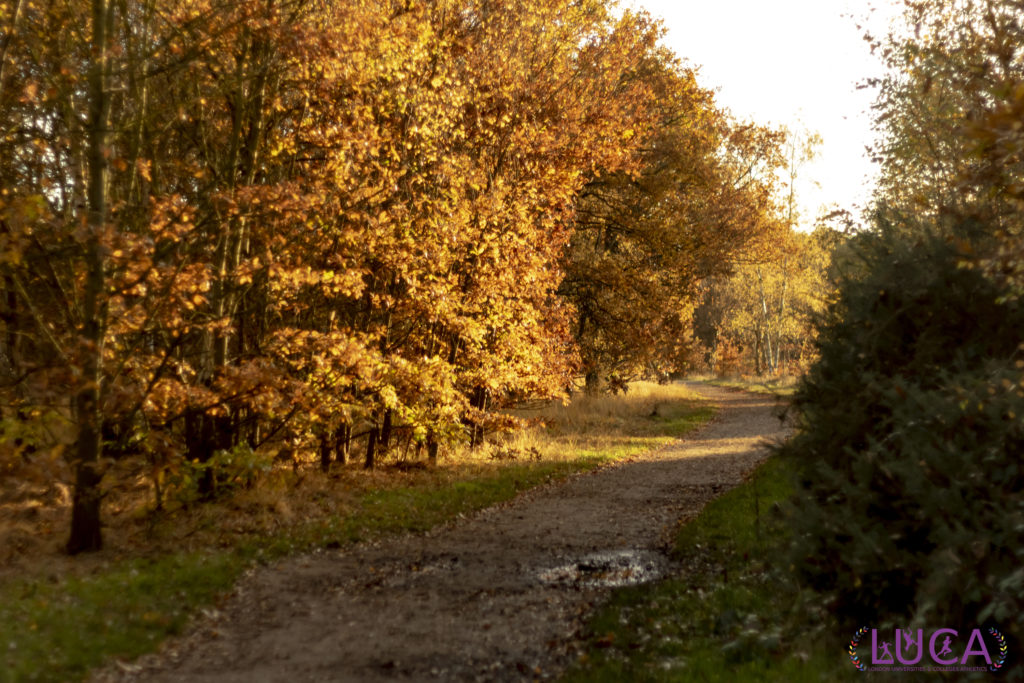 Some strong performances have been observed so far in these three races with great athletes and teams from Saint Mary’s, UCL, LSE, Brunel, Royal Holloway, King’s, Barts, St George’s, RVC and Imperial, that are going for as many points as they can get. However, with the next cross-country race of the league taking place next term, we turn our eyes to LUCA Indoors Championships that will take place on the 1st of December at Lee Valley, click here for more information to represent your club!