The last of the turkey’s gone, the tree is well and truly down and students everywhere are bemoaning the start of the new term. There is some good news though, as LUCA have some afternoons of joy (read: pain) to brighten the winter months. So, here’s a glimpse of what you can look forward to from us in 2019.

AKA when you realise that 8th mince pie might not have been the greatest shout. The shortest course, but also arguably the toughest, with some killer climbs on each lap. The scant recovery on the flat section doesn’t make the hills easier; it’s pretty relentless. Last year saw the course turn into an actual swamp, so it’s rarely a dull one. 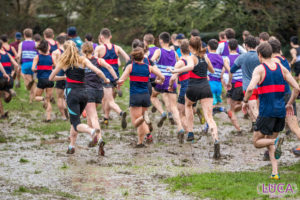 For some, the biggest race of the year, for others, the biggest night out of the year. Whatever you’re in Exeter for, it promises to be huge – over 1,500 finishers last year suggests numbers this time round will only be higher. LUCA clubs have good BUCS pedigree, with last year’s highlights including St Mary’s teams taking a 1st and 2 2nd places, their runners packing well in all the fields. Imperial’s Chris Olley was 2nd in the men’s long race, followed by teammate Luke Caldwell in 6th, whilst Brunel’s Phily Bowden was 3rd and Hannah Viner of King’s 14th in the women’s race. Fingers crossed for more LUCA success this time!

Hosted by Imperial, this 5k relay takes in the finest sights of London, and also their SU. Always big numbers including loads of alumni teams and even some from overseas. A nice midwinter break from the mud!

If racing at a prison was on your bucket list (and frankly why wouldn’t it be), now’s your chance to tick it off. A much flatter course than Ally Pally, but on the longer side, so equally challenging. Last season this fixture was the decider in the title races and could very well be the same this time around. All is to play for here and every place really does count. Just look out for any runners in black and white stripes. 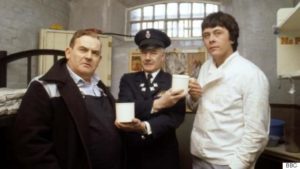 Our very own road 5k and 10k, which last year took to the paths of Victoria Park. Through sponsorship with Love Trails Festival we were able to offer prizes and free festival tickets, so who knows what could be won this year? Whether you’re looking to nail a time or want to run your first race, this is a great introduction to road running. Last year, almost 180 students took part, and we hope this year’s edition will be bigger and better than ever! 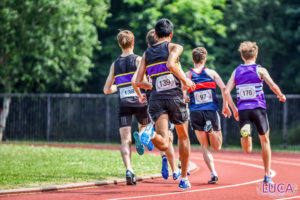 Think the Diamond League, but slightly lower key. A 3 match athletics series for London students, with points accrued in each meet tallied at the end to determine the overall series winners. King’s scooped the title last year but after Brunel’s shock Indoors win, who know what might happen this time round. This year’s fixtures have now been released, including the joint 2nd fixture with the London Inter-Club Challenge (LICC) to ensure strong fields.

Despite fast times at the front ends, these meets really are a platform for anyone to get involved; if you’ve never done a track race before, come and give one a go! We also have a ‘special event’ at each meet – 10,000m at meet 1, a multi-event challenge at meet 2 and a medley relay at meet 3. Venues for this year have been confirmed as Parliament Hill, Lee Valley, and the finale at Battersea Park. 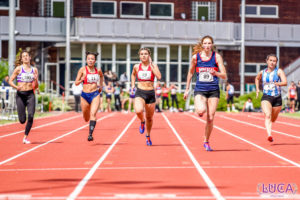 Following the success of the Vitality Westminster Mile, LUCA have partnered with London Marathon Events to put on a special LUCA Mile. This will see a dedicated wave for LUCA runners within the popular event, and prizes to be won. It’s on May 26th, so you could even race the Battersea 1500m on the Saturday then the mile on the Sunday.

If you’ve been eyeing up a position on the LUCA Exec or just fancy a bit of volunteering, now’s your chance. Come along to hear what we’ve been up to and put your name in the hat to be part of it all next year. Followed by the awards and afterparty, so even more incentive to come and support your clubmates if they’re nominated – or indeed if you are!

Of course, there are many more events to look forward to this year – club XC races, marathons and track leagues to name but a few. We hope to see you at a LUCA race soon!