Sir Mo Farah returned to St Mary’s University, Twickenham to see the track renamed after him.

The four-time Olympic gold medalist trained at St Mary’s between 2001 and 2011 after being awarded a scholarship to the Endurance Performance and Coaching Centre (EPACC).

At that time, he was one of two athletes granted such a scholarship. Now, St Mary’s have over 120 sports scholarship students.

These include world record-holders Steve Cram and David Bedford. 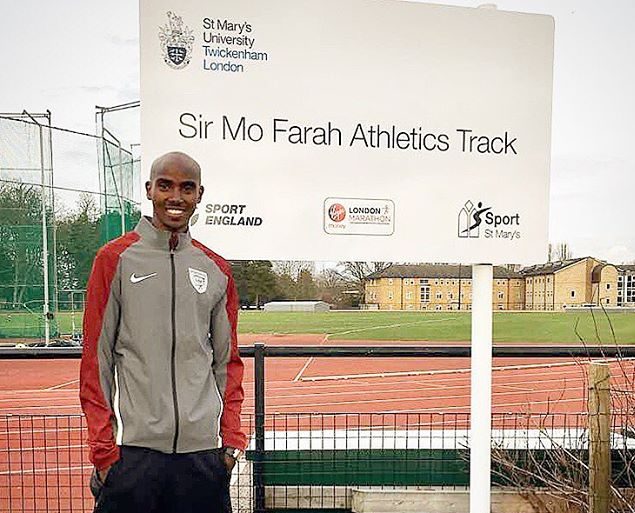 Farah said: “St Mary’s and all the people associated with the EPACC have been a big part of my journey.

“I really hope these facilities continue to inspire the next generation of young British athletes.”

“I admit I miss being in London now. When I came here the track was known as an upside down track but now these facilities are what the country needs. The track has improved and now it’s great as it’s got my name on!”

Post Views: 2,644
Want to join the LUCA News team? Click here to find out more.
About James Findon 161 Articles
James is the founder of LUCA.
Website