With Autumn in full swing and the athletics season over, runners once again turn their attention to cross country. The first London Colleges League meet of the season took place on Wednesday 21st October at Parliament Hill, a course familiar to many runners around the country and the annual starting location for the league. 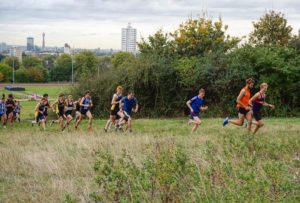 With a record 252 athletes competing, each club was keen to make a strong start. St Mary’s have had a stronghold over the men’s league in recent years, winning the last five titles. Meanwhile, King’s College London women’s team are hoping to repeat their success from last year when they were crowned champions for the first time since 2009. 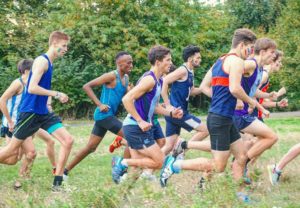 Philippa Bowden of Brunel came home first in the women’s race in 13:41 minutes, closely followed by Emma Dixon of the Royal Veterinary College and Lilly Coward of St. Mary’s. With four of their runners placing in the top seven, St. Mary’s are currently in first place in the team standings, with Brunel in second and Imperial in third.

In the men’s race, St Mary’s continued where they left off last season, bagging first, second, and third place. Emile Cairess came out the victor, finishing in 24:13 minutes, followed by his teammates Liam Burthem and Corey De’Ath. It’s no surprise then that St Mary’s is first in the team rankings, with St Mary’s II in second and UCL currently in third. 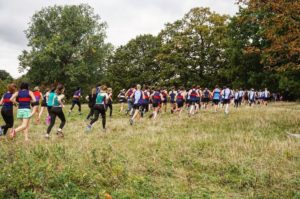 All is to play for in the second race of the season on Wednesday 2nd November in Mitcham Common. The rest of the fixtures can be viewed here http://www.london-athletics.com/news_posts/2016-17-fixtures-announced/

Also don’t forget to sign up for the London Student’s run at Queen Elizabeth Olympic Park on 4th December, at http://londonstudentsrun.com/

Written by the Hyde Park Relay organisers 2pm on Saturday 11th February 2017 will see the running of the 69th annual Hyde Park Relay race – the UK’s largest student relay race – organised by Imperial College London’s Cross Country and Athletics Club.   What are the Hyde Park Relays? The relays involve racing on the paths of the famous Hyde Park. The race will consist of 6x5km chip-timed legs for men’s/mixed teams, with women’s teams running 4x5km laps. Who can compete? A wide range of abilities are welcome to race, with […]

Changes to the Cross-Country League

The LUCA Cross-Country League will trial a new results system this season. Previously known as the London Colleges League (LCL), the LUCA Cross-Country League will trial a ‘parkrun’ style results system in the 2017-18 season. This will require all athletes to register on the LUCA website before racing. Athletes only need to register once throughout their time at university. Upon registering, athletes will receive a unique five-character ID number starting with their initials. A list of all club athletes ID numbers can be found on the directory page of the respective […]

Injury Anxiety: the path to recovery

All athletes experience injuries from time to time. But the thought of being injured, and taking time out from our sport, often evokes a hell of a lot of frustration, self-doubt, and anxiety. So, besides the obvious physical pain of injury, we are often left feeling heartbroken and a little bit empty too, torn away from our love affair by shin splints. There are plenty of incredibly useful articles out there about how to recover physically from sports injuries; from stretching to strengthening techniques, or ice and elevated resting. Many of […]