Another year, another successful LUCA Outdoor Athletics Series. Fresh from their seasons on the country and racing indoors, the London Universities and Colleges descended on the iconic Parliament Hill tartan to begin the proceedings. The main event of the first meet was the lesser-spotted 10,000m Championships, giving athletes a rare opportunity to test themselves over the 10k distance in near ideal circumstances- useful for any athletes wishing to compete at BUCS or other exclusive events. The men’s edition was won by Imperial’s Henry Hart in 33’22” ahead of UCL’s Constantinos Timinis and KCL’s Will Marshall. The women’s race was dominated by UCL’s Megan Wilson in a frightening 37’11” ahead of Barts’ Maria Shiiba and UCL’s second runner Nathalie Holroyd. 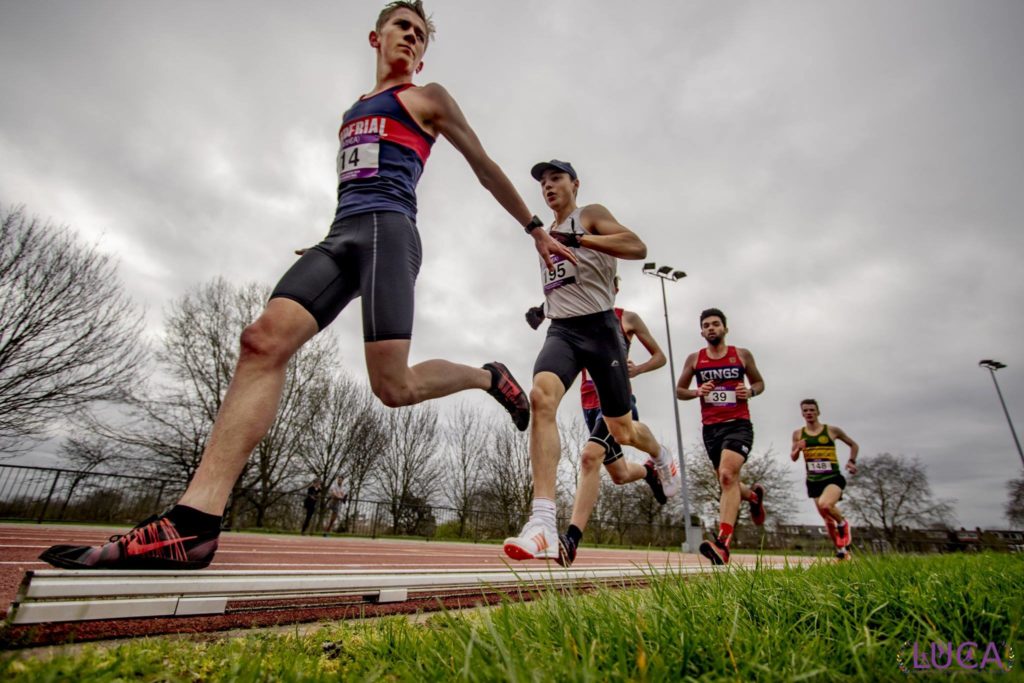 Also on the track, Remi Jessop of Brunel and Shemar Boldizsar of Essex ran blistering times of 12.75” and 10.65” to finish as the fastest 100m woman and man on the day respectively. Boldizsar, the England athlete from St. Mary’s would go on to run 20.89” in the 200, a time that he would later improve to 20.81” at the Loughborough international to become the 4th fastest Briton this year.

The men’s 800m saw Imperial’s James Millet (1’59.49”) hold off UCL’s Hugo Flemming (2’00.32”) in a result that will surely be instrumental in the middle distance rivalry between the two men. They would go on to finish in that order in the league overall with Millet completing a clean sweep. On the women’s side, the Parliament Hill 2000m Steeplechase saw a high quality duel between St. Mary’s Emily Moyes (6’49”) and guest athlete Maisie Grice (6’56”).

In the second meet at Lee Valley, RVC’s notorious shot putter Daniel Cork took maximum points in the championship multi-event category while Becky Owen of St. Mary’s took home the Gold on the women’s side. Reuben Hoyte of Royal Holloway captured his first win of two in the men’s 5000m. Other repeat offenders include UCL’s Ross Walker with 2 wins in the High Jump, a feat surpassed only by Sheriffah Arewa’s clean sweep in the women’s competition. All-rounder Sheriffah also managed a second place showing overall in the long jump while Jordan Aki-Sawyerr won the men’s Long Jump series with 2 wins.

In the relays, Kings won an astonishing 5 races to top the table in the Men’s and Women’s 4×1 and the Men’s 4×4 while UCL took the Women’s 4×4 overall title. In the final event at Battersea Park, Imperial took the Mixed Medley title ahead of old rivals UCL and Kings. 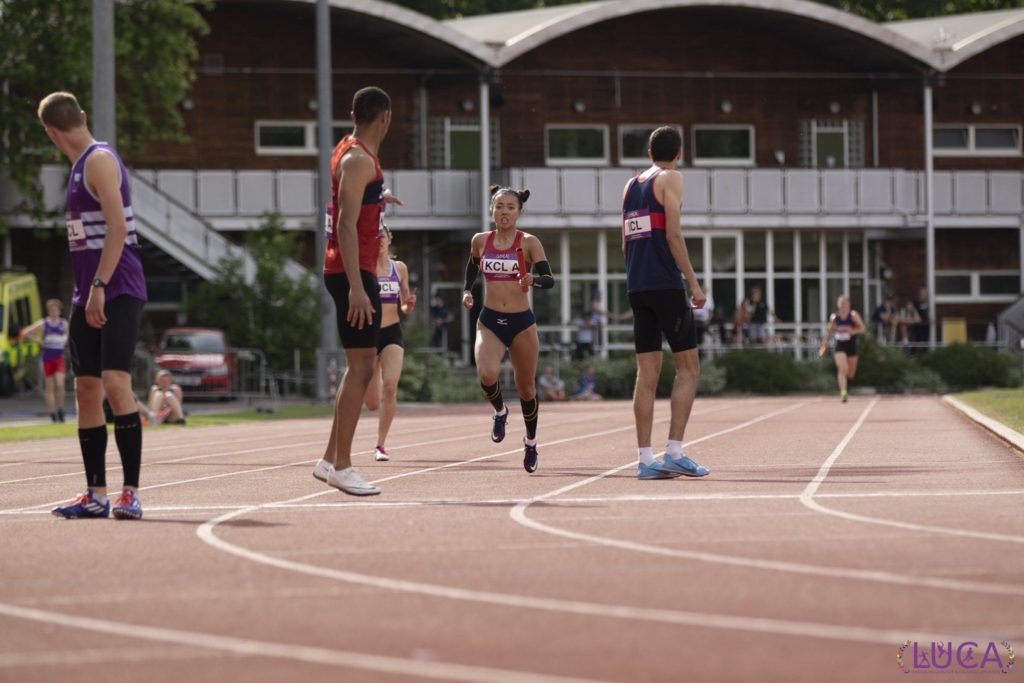 All individual league winners can be found here. In the overall team competition, UCL dominated with 506.5 points ahead of Brunel’s 317 and Imperial’s 243. In the Most Valuable Person™ competition, Nicole Edmunds of UCL took the win ahead of RVC’s Daniel Cork and Imperial’s James Millet. 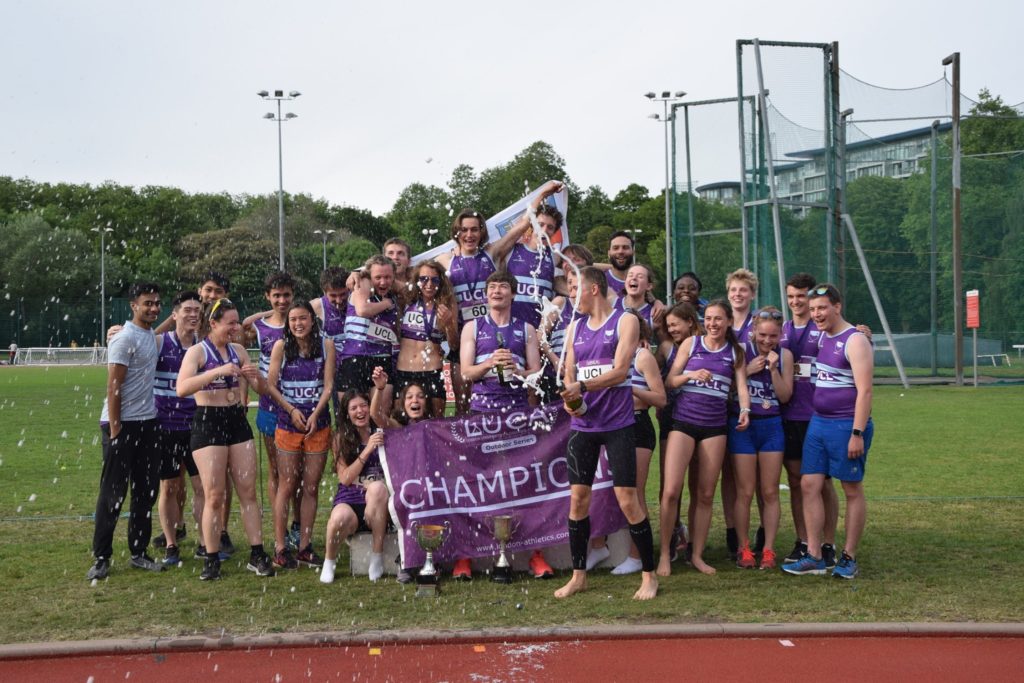 No athlete could have asked for more encouraging conditions: with the sun shining and a huge crowd gathered to spectate and encourage everyone, from the most inexperienced of runners to Mo Farah himself. The LUCA wave stormed off at 13:25. In the men’s, Imperial’s Niki Faulkner took gold in a blistering time of 4’28, followed by Barts’ Will Stanley and LSE’s Amrik Gill.

In the women’s, Alex Mundell from Imperial and Candyce Billy from UCL reached the finish line in 5’21, while Stephanie Hewitt from Imperial took bronze in 5’31. 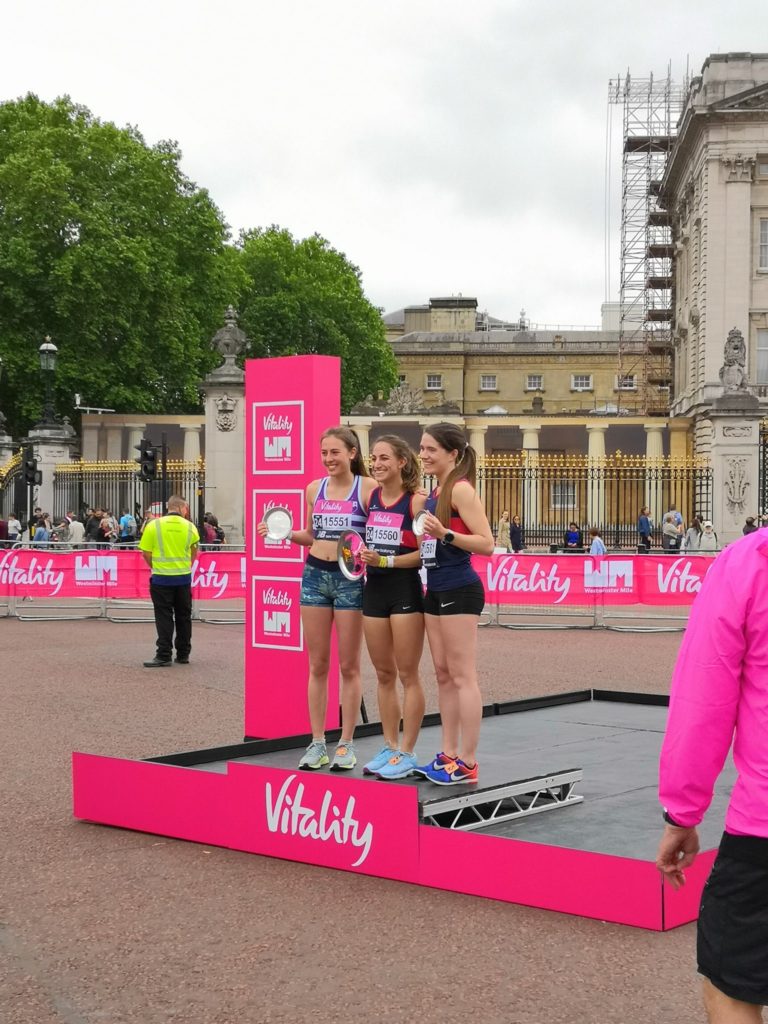 Among the 9198 athletes competing in this spectacular race, notable results included Chris O’Hare taking the win in 4’00, earning himself the Roger Bannister Trophy for the second time in a row while Melissa Courtney held off Sarah McDonald and European champion Laura Muir to retain the Diane Leather Trophy in 4’31.

Following the race, the 22 LUCA athletes stayed for the results and silverware distribution, before heading off to Imperial’s Student Union for the LUCA AGM and Annual Awards.

Many congratulations to this year’s winners:

Best club partnership of the year: UCL and Highgate Harriers

Coach of the year: Jack McKeon

Volunteer of the year: Peter Crawshaw

Most improved female athlete of the year: Hannah Durant

Most improved male athlete of the year: Jack Dickenson

President of the year: Luke Gunter

The LUCA team would also invite all of you to welcome next year’s committee that was elected:

The LUCA team would like to say a huge well done to all athletes and volunteers involved this year. From international athlete to first-timer, everyone has contributed to the enjoyment that all have experienced at these events and we look forward to seeing as many of you as possible next year! 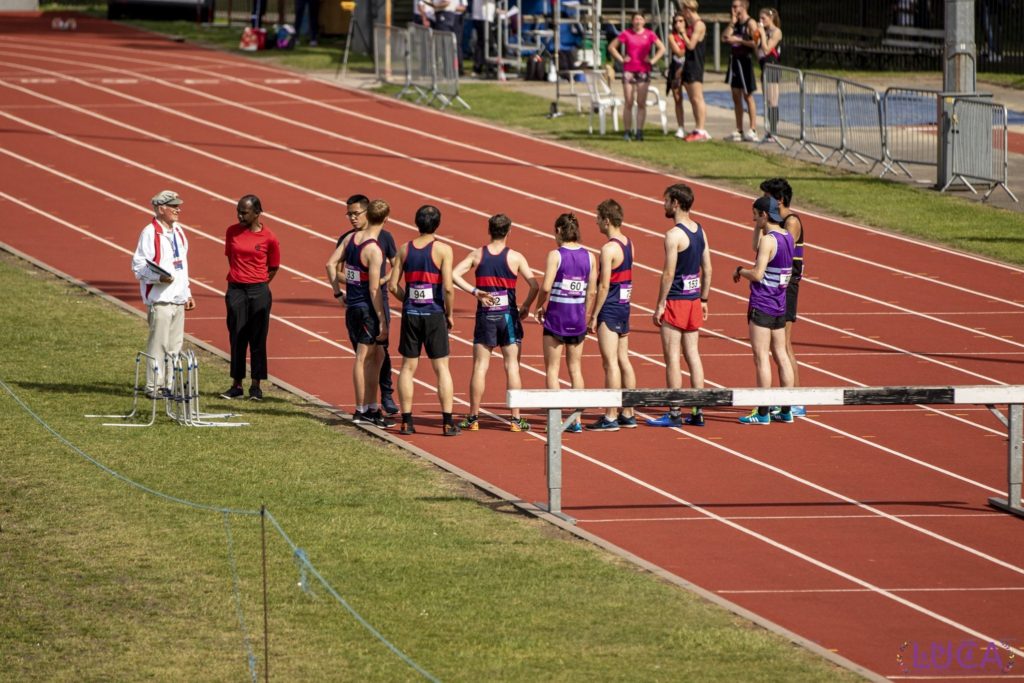