The conditions were perfect for great performances on the hills of Mitcham Common. The sun was out, the terrain was not too wet or hard, and the competition was fierce. Ladies completed two 3km laps, while the men had 3 laps to run.

On the ladies side, Royal Veterinary College (RVC) put on a show and won the race. Emma Dixon took the lead straight away and came home 1 minute 30 seconds clear of the field in 21:36, followed by Louise Nash of St Mary’s in 23:07, and in third place was RVC again, with Eleanor Harrison in 23:20. Even with the achievements of RVC though, St Mary’s kept their overall team first place, in front of Brunel who remained second, whilst UCL overtook Imperial for third place. 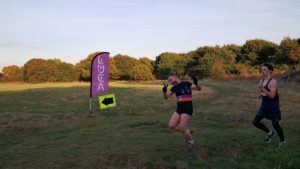 The men had a well-represented race with Paulos Surafel of Saint Mary’s in first with 28:58, followed closely by Duncan Tomlin of UL in 29:12 and Charlie Haywood running for UCL in 29:21. The team standings did not change, leaving St Mary’s in first, St Mary’s II in second and UCL third.

While remaining highly competitive, the LCL races have also seen many new cross-country runners coming along to experience the atmosphere. Everyone is encouraged to come to the remaining races and support their team, especially as there is still all to play for in the series.

All teams are now back to training for the next race, which will be held at Wimbledon on the 16th of November. 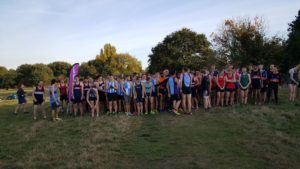 The full results can be found here http://www.london-athletics.com/results/lcl/current-xc-results/

The only lane 3 beer ‘n cheer in the world is soon to be here. On the 20th May 2017, London’s Parliament hill athletic track is holding their annual ‘Night of the 10,000m’ event. For those who are unsure what this means, spectators stand in lane 3 of Parliament Hill athletics track whilst Britain’s top athletes battle it out over a series of 10,000m races. The event this year also incorporates the IAAF World Athletics Championship Team GB Trials (in London this summer by the way!), the British Championships, […]

“Britain’s toughest event”, “World’s most demanding course” and perhaps my favourite, “a hardcore race to challenge the toughest of the tough”. There seem to be plenty of tough races out there, each one claiming to be tougher than the last. Some can be completed in a morning with a quick dunk in a muddy pond and climbing a few walls; others take much longer. But surely they can’t all be tougher than each other in a never ending circle of toughness? Well the circle of toughness must end somewhere, and […]