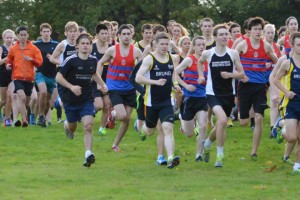 LUCA is pleased to announce the fee’s for the London Colleges League (LCL) have been held at the 2014-15 rates. The largest clubs will pay a £100 fee which covers all athletes across all five races. Smaller clubs pay either £75 or £45 dependent on the amount of athletes. Guests are charged £3 per race.

Whilst the fee’s have remained the same, the amount of races has been cut to five. This is in response to feedback from students, clubs and trustees. Five races reduces the competition burden on university athletes and better prepares them for BUCS XC and indoors.

For a club to race in the LCL, they must be a member of LUCA. Then, simply turn up and race. LUCA will bill the club by the end of the season dependent on the amount of athletes that race. Team captains should report to the race manager on arrival at the race. Captains and athletes should arrive 45m before the race is scheduled to begin.

Post Views: 2,624
Want to join the LUCA News team? Click here to find out more.
About James Findon 161 Articles
James is the founder of LUCA.
Website