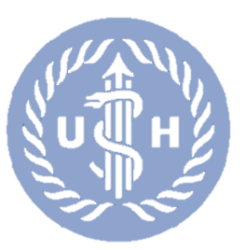 The club was formed on May 31, 1867 at West Brompton running grounds. The club was set up by Mr. S. Edwin Jolly who held the position of treasurer during the early years of the club. The club hosted an annual championship, which was first held in 1867 and won by Guy’s Hospital.

For the fourth annual meeting in 1870 the event had to be moved to cater for a crowd of over 3000 spectators to the A.A.C Grounds, Lillie Bridge with 127 entries across all the different races. The first presidents of the club were highly esteemed physicians and surgeons, Sir William Fergusson (1867), Sir Thomas Watson (1868) and Sir William Jenner (1869). The club required a physician and surgeon from each participating hospital to serve as vice-presidents of the club, this secured funding for the various prizes and ensured its continuation from year to year. By the end of the 19th century the club held events at Stamford Bridge.

An eligible student is someone who is required to complete a clinical placement in a hospital or veterinary practise as a part of their degree or who studies biomedicine or bioveterinary.

Eligible students must declare their eligibility by selecting the UH option on their profile.