Montez Blair, who was at university in London, at Loughborough’s London campus, is a renowned athlete and currently works for Oracle as a Business Development Consultant, and is competing in the Rock’s ‘Titan Games” on US television. His story is most inspirational and his work ethic is worth reading about here.

Throughout his youth, Blair was always solely about sports and school, determined to stay true to himself, his goals and his values. Despite not being brought up in the most thriving of environments, he stayed on his goal-oriented path and said: “You just have to invest in yourself instead of investing in something that won’t bring you a benefit later in life”, as others close to him followed other paths in life.

Montez remained very involved in athletics and academics throughout high school as he won the 2008 state basketball championship with Timber Creek High School and was awarded MVP. He also went on to clear 1.96 meters as he competed in the high jump event at the 2008 Penn Relays along with several individual wins and state titles with the school’s track team. 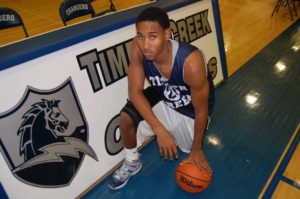 Blair also went on to play basketball at the U.S. Naval Academy and earned a scholarship to attend Cornell University. There, he excelled in field events: long jump, triple jump and especially high jump. In his Sophomore year, he set the school record at 2.216m ( 7′ 3 1/4”) as the 5th best in Ivy League history. Later in the year, he cleared 2.146 ( 7′ 1/2”) at the Olympic Trials, making it just a few places off the 2012 Olympic Team. 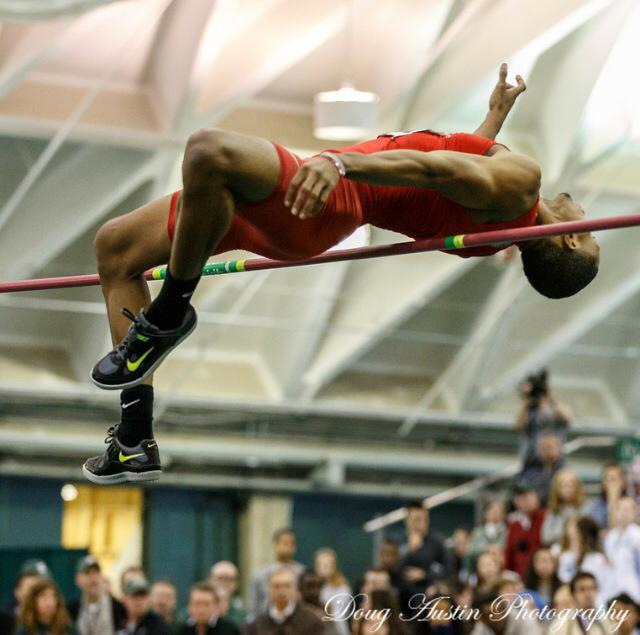 In his junior year, he set his own high jump record at 2.267 m (7′ 5 1/4”) at the upstate challenge as well as his triple jump challenge at 14.351m (47′ 1”). After graduating at Cornell in 2014, Montez Blair decided to move to the other side of the pond and started a degree in Entrepreneurship, Finance and Innovation.

Blair says: “It was great to be a member of the Loughborough University athletics team and be a part of a winning program again. It was tough but the University helped me design a set schedule for training outside of my class hours and provided all the necessary tools for me to be successful in both. Because I attended Loughborough’s satellite campus, my coaches set me up with a training group based in London and provided all of the training tools and equipment needed to compete at the highest level. To add, whenever specific technical work and competitions were scheduled the school covered the expense of hotel and travel. Without the guidance, assistance, and upper echelon coaching I don’t think I would have won two national titles and placed 4th at British Trials.”

Blair’s life after Loughborough and the Titan Games:

After his graduation in 2017, he returned to the US, to the sunshine of Southern California, landing a consultant job with software company Oracle. His reflection on his time in the UK and British people was: “People there are very humble. They’re not into the high life and sunshine,” he said. “You have a larger opportunity to get to know who they are.”

The possibilities remain wide open for Blair, who’s considering another try at the decathlon in the Olympics. However, he has recently proven yet again his dedication and work ethic by taking part in the Titan Games. 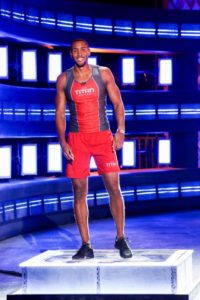 “Inspired by Dwayne Johnson’s desire to motivate global audiences to reach their potential for greatness, this unparalleled new athletic competition gives everyday men and women across the country the opportunity to step inside the Titan arena and achieve the impossible. Competitors will push their bodies to the limit by battling opponents in innovative and unforgiving head-to-head challenges, designed by Johnson. Winners will advance to the ultimate challenge of Mt. Olympus, the consummate athletic test of speed, strength, agility and endurance. In each episode, the male and female competitors who conquer Mt. Olympus will become a Titan.”

Although having a strong chance of winning as it is a showcase of strength and athleticism, Blair himself was actually drawn to the competition for another reason: it is undeniable that the contestants’ emotional and mental strength will be put to the test and Blair, dedicated to staying true to himself and his work ethic, confirmed: “It’s more so about setting goals. It’s always about goals. I want to be a living example for my future family.”

We strongly encourage you to read more about Blair’s athletics achievements here.

You can read about his time at Loughborough university here.

Depending on your location, the Titan Games can be watched here.