Parliament Hill Fields, NW3, 18th of October 2017, 3:15. For the passing dog walkers, it must have been a strange sight for a Wednesday afternoon; north of 250 students clad in their new vests, clustering together at the base of ‘The Hill’. Some were old timers, others freshers in their first weeks of university life, but all were united in one purpose. Formerly the London Colleges League, the newly christened LUCA XC was about to kick off another season, with the infamous Parli Hill playing host to the opening salvoes of a campaign which would deliver everything we have come to expect from the League: good racing, good mud, and good fun.

The first race would set the tone for the series, with a record turnout of 259, including 113 women, braving the Heath. There was high quality at the front end in the shape of Chris Olley, Paddy Roddy & St Mary’s’ Thomas Butler, complemented by good depth – 40th place in the men’s race was a 35:17 10k runner. Likewise in the women’s race, the head of the pack was of the highest standard, with the pairing of Phily Bowden and Typhaine Christiaen, who would be ever-present throughout the season, heading up a similarly excellent field.

The theme of consistent runners at the front interspersed with cameos from top athletes was continued at Mitcham, a much flatter and faster route with a few short, sharp climbs. Again, Bowden won, this time by over a minute, followed home by Emily Moyes of St Mary’s and Christiaen. Meanwhile, the top 8 men comprised 6 St Mary’s runners, Euan Campbell taking it from Dan Jarvis and UCL’s Roddy.

It was at Wimbledon where, in my view, the best racing took place – on the iconic course, gloriously gruelling with all its rolling hills and narrow paths, there were also the races within a race, in the shape of the University of London Champs and the Bannister Cup. These subplots unfolded amongst a high-quality field with excellent turnout – on a dank, grey November afternoon, over 230 toed the line. Not knowing exactly who had finished where added to the occasion, the eventual victors only emerging in the Rose & Crown afterwards. Top packing from UCL resulted in a clean sweep for them as they claimed the Men’s, Women’s and Mixed titles, only denied individual wins by superb runs from Christiaen and KCL’s Max Nicholls. Having taken silver in all 3 of the UL Champs, King’s (or rather GKT) finished a very close second again to Bart’s in the Bannister Cup, denied only by runners failing to declare as UH in time. On the day, LUCA wins went to Jarvis and the omnipresent Bowden. 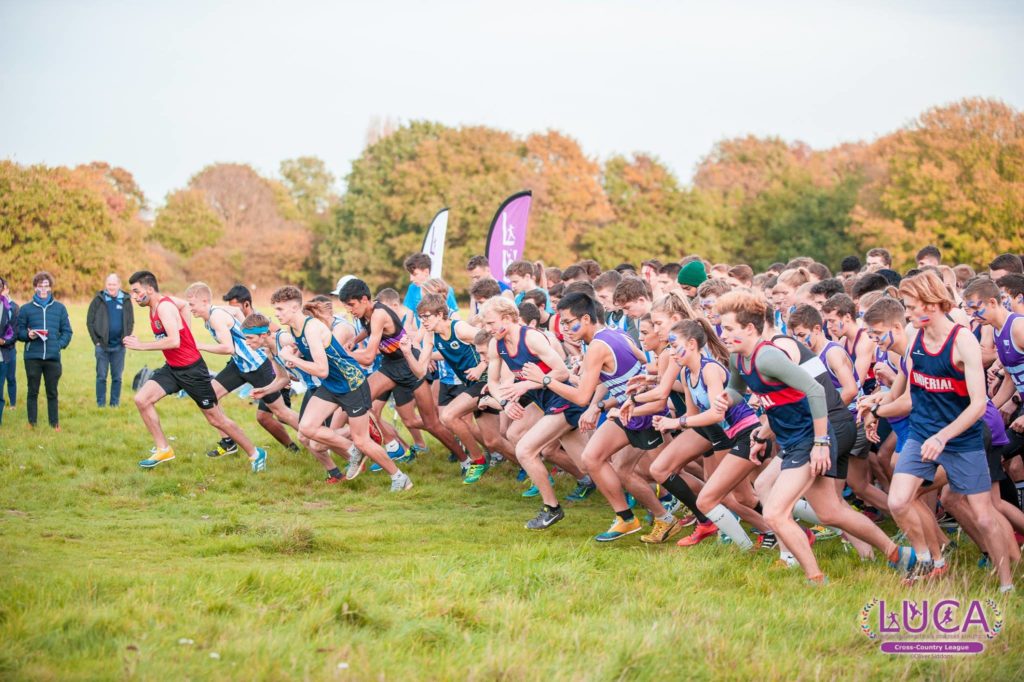 After a Christmas of hard training  eating cake, Ally Pally posed a tough challenge – despite being a shorter course, freezing rain, grinding hills and long boggy stretches ensured it felt anything but. The cloying mud made it probably the hardest run of the season, so the wins from the imperious Bowden once more, and the deserving Paddy Roddy were impressive. Emma Butcher and the consistent Christiaen followed Bowden in, while Dickinson of St Mary’s and eventual overall 2nd place Euan Campbell complemented another good quality field.

So then to Wormwood Scrubs, well known to the Met League but host to a colleges race for the first time. UCL’s men were looking to defend their slender 15 point lead over Imperial, with the reverse true for the women, Imperial’s margin of just 6 looking shaky having been beaten by UCL at Ally Pally. In the end, both teams put the question to bed with strong performances, 4 UCL men finishing in the top 8 and 4 Imperial women making up the top 6 to seal their titles.

This year, the distance powerhouse that is St Mary’s had lower turnouts at the last 2 races, leaving the door ajar for the first non-St Mary’s win since 2011, only the 4th time in 17 years that the Twickenham-based unit failed to win the men’s championships, and the 8th in 18 years for the women. That UCL and Imperial took the spoils is a reflection of the season-long battle these 2 universities enjoyed throughout the season, in both genders.

Their winning margins of 71 and 30 are very slim across 5 races, a good reflection of how closely matched quite a few teams and runners are. Interestingly, the St Mary’s men’s net total was comfortably the highest in the league, to the tune of 350 points. However, their failure to complete a team of 6 at Ally Pally & Wormwood Scrubs meant they missed out this year, just underlining the importance of every runner in team competitions. Third placed Brunel, too, had a higher net total than UCL, but only having 2 men at Wormwood Scrubs cost them dearly. Imperial’s men took full advantage to secure 2nd place, in the end by a clear margin over Brunel and 4th placed LSE. Imperial women’s battle to the line with UCL was complemented by a similarly tight scrap for 3rd, with only 5 points separating eventual bronze medallists LSE from a battling King’s team. Only 120-odd points split 3rd and 7th, fine margins considering the length and unpredictability of the league. 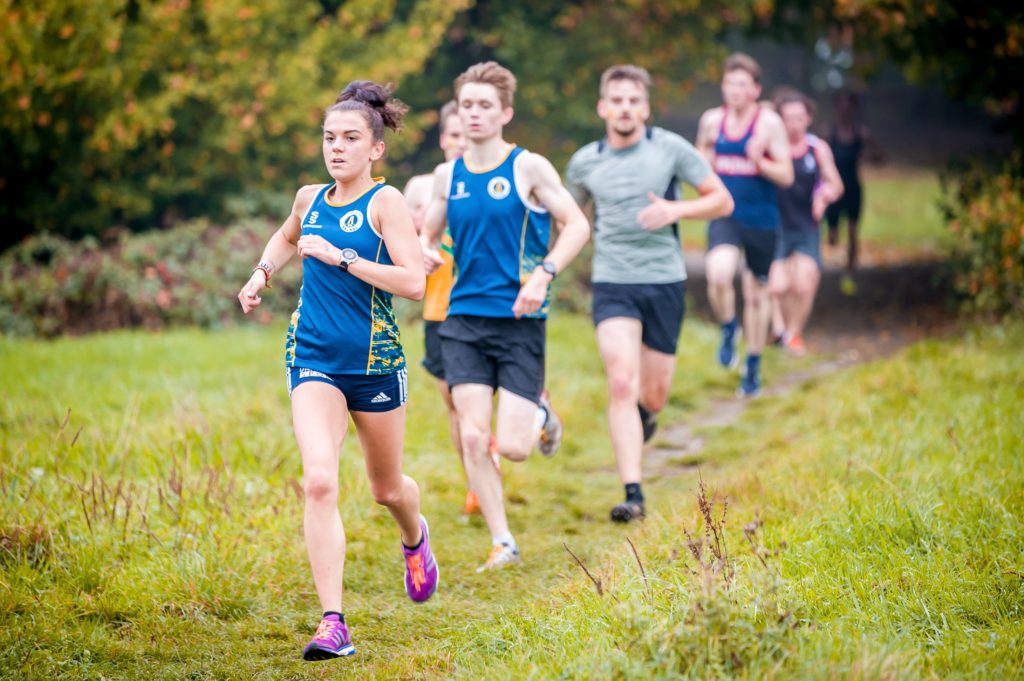 Cross country is a great leveller, and never has this been more apparent. Olley, Nicholls, Cross, Jarvis, Prior and Bowden are just some of the names who have pulled on a GB vest, but still turned out for their universities despite their training, a real endorsement of the league. XC is special in that ordinary runners have the chance to race alongside international athletes; it is remarkable that on the same course we had the man who was 5th in the Nationals running against people for whom it was their first ever competitive run. This is the beauty of XC – no matter who you are, the hills still hurt, the mud still sucks at your legs and there is still the same exhausted satisfaction at the end.

Across the season, over 400 individuals took part in a race. With activity levels of students typically dropping off after school, to see so many students running is brilliant. LUCA is enjoying record turnouts, reflecting the increasing popularity of XC nationally – over 20% more people ran the English National compared to 2015, and the Surrey & Met Leagues regularly get bumper fields. With the parkrun boom showing no sign of abating and mass participation races going strong, running generally is in pretty good health, but it is great to see its ‘purest’ form doing equally well. So, see you all at Parli Hill on another grey October day to do it all over again…