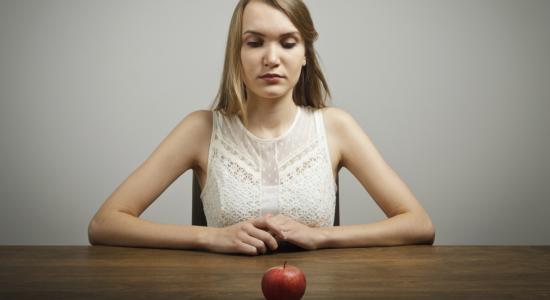 People with an eating disorder have negative beliefs about themselves and about their eating, body shape and weight. This has an impact on their physical and mental health, education, relationships and quality of life.

Eating disorders are much more common among athletes than the rest of the population. An American study on college athletes suggested that 33% of female athletes had symptoms and attitudes that place them at high risk for anorexia. This was backed up by a 2001 UK study of distance runners that found out of 184 female athletes, 29 (16%) had an eating disorder. Of these, 3.8% had anorexia nervosa, 1.1% had bulimia nervosa and 10% had a sub-clinical disorder or EDNOS (eating disorder not otherwise specified). This is not to say that men are not affected at all, only that the incidence rate of these conditions seems to be higher in women. These statistics have lead UK Sport to consider running as a ‘high risk’ sport for eating disorders.

There are five main eating disorders:

Most of these disorders develop in adolescence, but may not be recognized until adulthood. However, the earlier treatment starts, the better the long-term outcomes.

The exact cause of eating disorders is not known, but it’s likely that there are several factors at play, rather than one single identifiable cause; for example, a mix of social, biological, psychological and interpersonal causes.

Current research supports the use of several types of psychotherapies, including Cognitive Behavioural Therapy (CBT), interpersonal and family-based therapies, as well as some medications for the treatment of eating disorders.