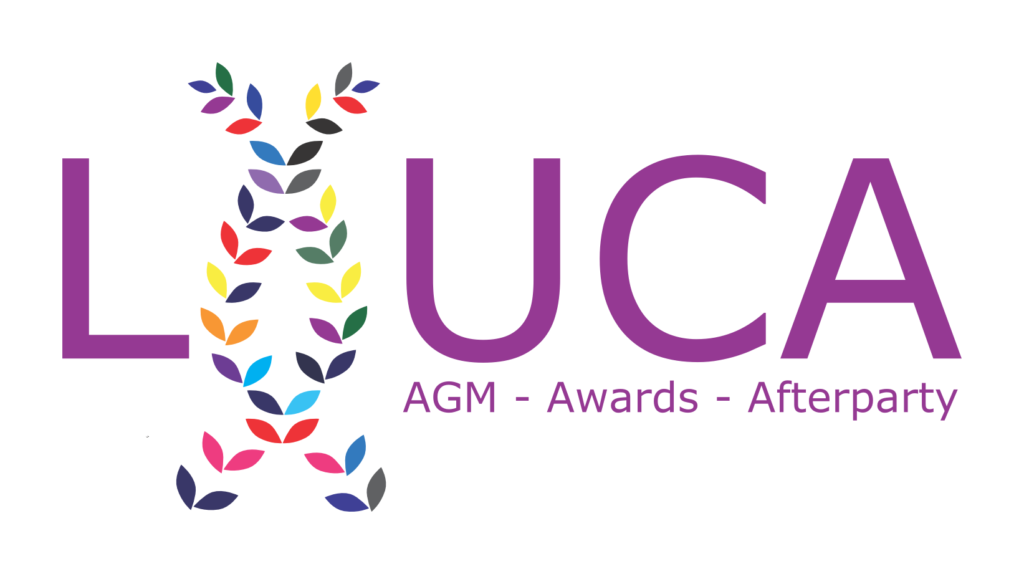 The biggest night of the season is back and bigger than ever. Join us on Sunday 27th May at Bush House for our AGM, awards and afterparty.

Representatives from all member clubs are expected to attend the AGM. We invite members of outgoing and incoming committees. There is no limit to the amount of members you can bring, but each club only has two votes.

There will be food and drink provided throughout the meeting.

To submit a motion for discussion, please fill in this form by 20th May.

Persons wanted to be nominated to the board of trustees must be nominated by delegates from two different clubs. A delegate is defined as a club committee member who represents the club at LUCA council meetings. Use this nomination form to complete your nomination by 20th May.

To stand for election, you must be nominated by one delegate. This can include someone from your own club. Use this nomination form to complete your committee nomination by 20th May. Positions available on the LUCA executive and sub-committees are listed below. Read what it’s like to be on the LUCA committee here. To discuss in more detail, contact James.

All students are invited to our awards evening.

The evening is a celebration of the year and all the members that make our community. They will be a photographer to catch people looking their best!